Disclosure: Some of the links below are affiliate links, meaning, at no additional cost to you, I will earn a commission if you click through and make a purchase.

Most people are familiar with iPads, which have been around now for an entire decade, and it could be said that the iPad is the tablet that launched….a thousand other tablets. This is an incredibly competitive consumer market, with new tablets coming on to the horizon all the time.

While an iPad or iPad mini is cost-prohibitive for many (often exceeding a $500 price point), there is a slew of Android tablet options available for under $300, making them accessible to a wider audience.

Whether you simply want a cheap tablet to watch your favorite shows on Netflix, to read the latest John Grisham novel, or keep kids distracted in a doctor’s office waiting room, the Android models available today are affordable and offer a ton of great features.

If this is your first foray into the tablet market, you luckily skipped the “development period” where manufacturers had to continually tinker with their products to make them competitive. Some of the earliest tablets were ultimately discontinued as companies rushed to compete with Apple but perhaps released tablets before they were ready.

Your tablet purchase today comes with the benefit of 10 years of mistakes made and corrected, of developers ironing out performance bugs, and of companies pushing to give you the biggest bang for your buck in a sleek and compact portable design. Why Is Everyone Crazy About Tablets These Days?

You would be hard-pressed to sit anywhere without seeing folks glued to their tablets for any period of time. In waiting rooms and parks, on airplanes, and in traffic. Tablets are simply a fixture of everyday life now, just like smartphones. We are collectively addicted to technology, and it seems there is no turning back now.

Those who remember the earliest personal computers can think back to a time when owning one meant (1) you were rich and (2) you had space for an absolute behemoth in your home office. Bulky desktop computers eventually gave way to more compact designs, which eventually gave way to even smaller laptop computers. Then we saw the introduction of tablets as a sort of an offshoot of laptops.

And it is important to note the distinction between tablets and laptops here. Tablets do not come with a built-in physical keyboard like laptops (the tablet keyboard is onscreen), nor do they compare to the operating system on a laptop. A laptop is really just a smaller version of your desktop computer.

Think of it this way: on vacation, you can use your laptop to log in to your company’s systems, finish reports, and stay abreast of what’s going on in the office. A tablet will allow you to communicate with the office, but it does not provide the breadth of resources available to do actual work.

But hey, if you are on vacation, maybe you should be watching movies on your tablet anyway and setting your out of office message to respond to work inquiries? We mentioned we have the iPad to thank for launching a thousand other tablets, and of course, the iPad still has a dominant place in the market. Today you can get the Apple iPad, iPad Mini, and iPad Air in a multitude of generations. They remain considerably more expensive than Android tablet options, and we will take a quick look at why this is the case.

iPads utilize the iPadOS operating system, whereas an Android tablet runs on the operating system powered by Google. iPadOS and other Apple operating systems are closed, whereas the Android systems are open. This means that Android users have more flexibility in terms of how they customize their devices. Apple is pretty strict when it comes to system permissions. At the risk of sounding like a mob boss… “once you are in Apple, there is no getting out.”

The integration among devices is typically better with iOS, so you will find that Apple users are often loyal to these products across the board, whether smartphones, tablets, or other streaming devices. In other words, an iPhone user will probably purchase an iPad as a tablet (and a Samsung phone owner is probably going to choose a Samsung tablet, like a Galaxy Tab or Tab S4).

But this is not to say there aren’t great choices for Android tablets, and a little later, we will get to the best budget tablet choices under $300. They just don’t have the same integration level among devices, and the running speed on an Android device may decline over time.

Do know that it isn’t only Apple and Samsung in this field! There are now many other tablet options out there, with many tech brands joining the market as people look for tablet computer products. Products including the Asus Memo Pad, Asus Zenpad 3s, or Windows tablet options like the Microsoft Surface and Surface Pro are some of the many other choices available to consumers today.

Speaking of Device Compatibility, Why Do I Need a Tablet if I Have a Smartphone?

This is a common question when people consider shopping for a tablet. What can the tablet offer that I cannot already get from my smartphone? Why do I need another piece of equipment to keep up with, and why should I spend more money?

Tablets are, for most people, easier to use because of the increased screen size. Like smartphones, they are still lightweight and compact, but they are better for viewing content because they are larger. Even with 20-20 vision, a user may squint to see a movie on her smartphone. And as our eyes age, that small text and e-mails can become increasingly harder to read.

If you have found yourself reaching for a pair of readers and most people do after the age of 40 – you would have a much easier time reading on a tablet than a smartphone.

What Should I Focus on When Shopping for an Affordable Tablet?

There are a number of items you should review and consider before purchasing a tablet. We have already looked at operating systems – iOS versus Android – and determined that pricewise you are better off with the Android market. So, with operating system and price out of the way, the remaining factors to consider when looking for the best Android tablet under $300 are:

Size and Display. When you consider the size of a tablet, remember that they are measured diagonally from corner to corner like televisions. And with those measurements, tablets are usually divided into three categories. Compact tablets are 5 to 8 inches, medium is 8+ to 11 inches, and large tablets are 11+ inches.

The display, or resolution, is measured in pixels per inch, and it’s going to land somewhere between 1024 x 600 to 2560 x 1700. The bigger the screen and the higher the resolution, the easier it is to view. (This is where you might consider the strength of your reading glasses: are you just creeping in with a 1.00 prescription or are you already in the 2.5s?)

Wi-Fi Only or Cellular Included. Consider how and when you will be using the tablet. Can you connect with Wi-Fi only, or do you want a separate connection to mobile broadband? This, of course, relates to the overall price, as you may need to purchase a plan for the broadband connection.

Battery Life on a Single Charge. The beauty of a tablet is its “on the go” ease of use – the fact that it is lightweight and portable. But the lightest tablet in the world is useless if its battery does not last. You want to ensure the model you are buying will last 10 hours or more on a fully charged battery. (What could be worse than making it to the cliffhanger moment in your novel app and your tablet dying?) Samsung is one of the best-known names when it comes to Android tablets. They led the charge with the first Android tablet to follow Apple’s introduction of the iPad in 2010. True, they had some hits and misses out of the gate, but like all manufacturers in this game, they have continually tweaked their product to make it better.

The Galaxy Tab remains one of the best inexpensive tablet choices for Android Tablets under $300, useful as a gaming tablet, drawing tablet, or everyday browsing. Here’s what you can expect with the Samsung Galaxy Tab S6 Lite:

The Samsung Galaxy Tab S6 is consistently one of the best budget choices for a tablet. Lenovo recognizes that many a harried parent uses a tablet to distract a young child in a variety of situations, and to that end, they equipped the Tab M10 Plus with a kids mode feature. This mode not only includes dedicated content just for kids, but it also boasts specialized eye protection for little ones and parental controls.

But that is not the only reason why the Lenovo Tab M10 Plus is a great choice among the best tablets for Android under $300. You don’t need a kid to enjoy its many features, including:

With its budget-friendly price tag, the Lenovo Tab M10 Plus is a nice little workhorse of a tablet, equipped to meet your streaming and viewing needs. Okay, so the spoiler alert here is that this tablet doesn’t breathe fire. And that’s a real bummer. But with its 1280 x 800 HD display, the Dragon Touch Notepad K10 will play videos of fire-breathing dragons in stunning, crisp quality!

The Dragon Touch Notepad is an outstanding bargain among Android tablets, and it is simple enough for even a first-time tablet user to operate with ease. The Dragon Touch K 10 comes with:

Whether you plan to use your tablet to video chat with family and friends, to play video games, or to stream fire-breathing dragon movies, the Dragon Touch Notepad K10 is a solid choice in the under $300 Android tablet market. Just as we were sorry to tell you our last pick did not actually breathe fire; we are saddened to report that this VANKYO Matrix does not come equipped with Keanu Reeve’s voice controls. However, it has plenty of other desirable features at a budget-friendly price point (and perhaps Keanu’s voice will appear in a future model).

The VANKYO Matrix Pad S21 can be used to enjoy movies for up to 6 hours, web browsing for up to 8 hours, or e-reading for up to 10 hours. In other words, this tablet has you covered on your next family road trip.

In addition to its battery power, the VANKYO Matrix Pad S21 is a reliable choice for an Android tablet under $300 with these features

Optional accessories, such as a case and screen protector, can be purchased separately, and the VANKYO Matrix Pad S21 will give you an easy-to-use tablet at a great price. This is one of our best bets for an Android tablet under $300.

Some Final Tips on Battery Life

Once you score a bargain tablet for under $300, follow these tips to extend its battery life, so your favorite shows, movies, games, and books are not interrupted!

If you adopt these simple habits, you will get even more battery life out of your Android tablet. How to Make a Video Compilation – Few Easy Steps to Follow 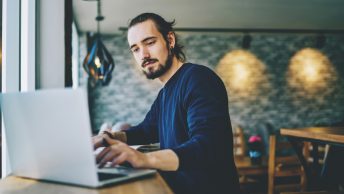